The History of Cryo in Castle Rock, Colorado

The History of Cryotherapy

Applying something cold to an injury or ache has been an accepted medical procedure for centuries. In fact, localized cryotherapy dates to the 1600s, with the Greek term “cryo” meaning “cold,” and “therapy” meaning “cure.”

However, it wasn’t until the 1970s that whole body cryotherapy was introduced in Japan, primarily as a way to address rheumatoid arthritis. Doctors noticed that by rapidly cooling the surface of the skin (through the use of liquid nitrogen in a cryotherapy sauna), joint pain and soreness decreased. 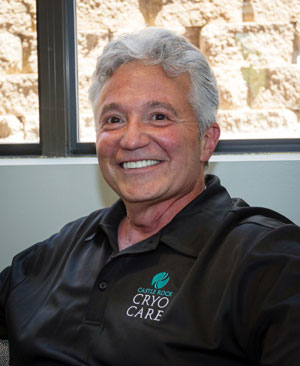 Whole body cryotherapy proved to be more effective than ice baths because it was believed that in an ice bath (which typically lasted 15 – 20 minutes), the cold could penetrate below the skin, potentially damaging not only the skin but also muscles. Also, thanks to cryotherapy, it was possible to rapidly lower the temperature of the outer layer of skin (in just 90 seconds to three minutes), which led to the immediate release of endorphins, which, in turn, lowered sensitivity to pain.

From Japan, the holistic procedure method of cryotherapy moved to Europe, where it became an accepted form of physical therapy and part of the training regimens for many elite athletes.

Cryotherapy saunas came to the United States in 2009 and we’re now proud to be one of the few centers in the front range area to offer this unique form of service.

Our cryotherapy sauna is state-of-the-art! The manufacturer has been providing cryotherapy equipment in Europe for more than 20 years. And the model of cryotherapy sauna that we’re using here at our center in Castle Rock has been certified by the European Union (EU) for medical procedures in Europe.
Manufacture Certification